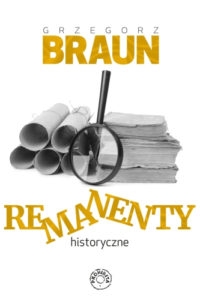 The Bright Light of Gietrzwałd is the story of the Mother of God’s Apparions in Gietrzwałd, Poland, in 1877, based on sources from the era and contemporary research.
Zofia Reklewska-Braun is a writer, historian of theater, and pedagogue. She publishes in Polish and English. Her
memoirs I was born in between… has already had three edions.
Kazimierz Braun is a theater director, writer, and academic. He has managed theaters in Poland, directed,
taught and published in Poland and abroad.
Zofia Reklewska-Braun and Kazimierz Braun married in 1962. They have three children and seven grandchildren.
They together wrote, among others: Good Priests (Bernardinum, Pelplin 2013) and The Adamowicz Brothers:
Polish Aviation Pioneers (Moonrise Press, Los Angeles 2015).